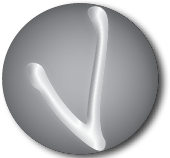 Why is my doctor sending me to speech therapy for voice or coughing problems? 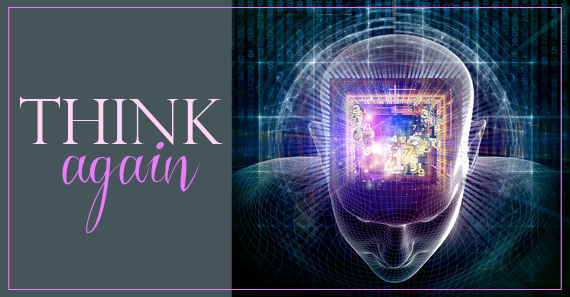 We offer cognitive and memory therapy for individuals who have sustained a head injury, such as a student or professional athlete who has suffered a concussive injury causing confusion, memory, or attention problems. We also treat patients who have had a stroke, Parkinsonism, or other neurological problems that cause issues with confusion or memory. Additionally, we provide family and patient therapy for individuals with dementia and Alzheimer’s. Our speech therapy sessions focus on improving thinking skills, retraining memory, and improving the brain’s ability to process and think.

The right hemisphere of the brain may be damaged following a stroke, brain injury, infection, or surgery. Right hemisphere damage has been linked to communication problems such as: inadequate answers to questions, inappropriate content, difficulty staying on topic, and relaying of irrelevant or unimportant details. Often, individuals with right hemisphere damage do not have trouble finding their words or using proper grammar, but rather have more subtle communication issues. They usually have cognitive-communication problems such as issues with attention, perception, memory, reasoning, organization, and problem solving. These could possibly interfere with work and leisure activities, and therefore severely disrupt daily life.

One side effect of right hemisphere damage that some patients experience is left-side neglect. This means that the individual is unaware of items in the left side of the space they occupy. This may interfere with dressing, reading, eating, and any number of other aspects of their life. In extreme cases, the person may even ignore the left side of their own body.

Higher level areas of cognitive thinking such as organization, reasoning, and problem solving may also occur, causing the individual to tell a story in the wrong order, or be unable to interpret the meaning of events and language.

Problems in social judgment can occur as well, such as knowing what is appropriate for a situation and what is not. The ability to employ pragmatics, or the use and interpretation of nonverbal cues such as tone and body language in communication, may also be impaired. Patients may have monotone speech, reduced eye contact, and hindered expression of emotional tone in their speech.

For patients experiencing problems with written and oral communication skills, they are most often referred to a speech- language pathologist to evaluate and provide therapy for these issues.

Alzheimer’s Disease (AD) is the most common form of dementia, and it causes an individual’s cognitive abilities to gradually decline over time. This can hinder social and professional activities as well as various aspects of everyday life. It is estimated that 3-5 million people are living with AD right now, and it is expected to increase to over 14 million in the next 20 years.

Diagnosing AD is a difficult task for physicians to face, and they do so by evaluating the patient’s medical, family, social, and occupational history to determine possible risk factors such as head trauma, strokes, and depression that can cause cognitive problems. Age and family history of senility increase the risk of AD. Some genes have been identified as possible risk factors for AD, but genetic testing is not recommended because there are no effective treatments. Doctors carefully review all possible explanations for cognitive impairment, and once those are all ruled out, only then can the diagnosis of Alzheimer’s be made.

The symptoms of cognitive decline may be subtle at first, but they gradually worsen as the dementia progresses. In the beginning, the patient may have only occasional lapses in memory and short bouts of confusion, but as time goes on, they may need help with simple daily tasks such as feeding and dressing themselves. They may be unable to communicate entirely in the later stages of the disease.

Treatment of Alzheimer’s consists of several medications to slow down the worsening of symptoms, but there is no known way to reverse the decline. Behavioral interventions, including memory and cognitive training, improve some of the more problematic behaviors that the individual may exhibit. Speech-language pathologists have developed many strategies to improve effective communication with people suffering from dementia, and assuaging some of the challenges of memory loss. Research has shown that reading ability often remains intact, so written cues may help a person dress themselves, bathe, remember where things are stored in their home, and even bring them fond memories of a former beloved hobby, providing comforting thoughts.

If you or your loved one is experiencing problems with memory and communication or swallowing, call our office today so we can assist you by scheduling a cognitive-memory evaluation.

SPEAK FOR YOURSELF: A STORY ABOUT BOB AND FLAXWOOD WAYS

Bob and his speech pathologist entered the cafeteria as part of their speech therapy session. They had been working up to this moment for a long time, and Bob was finally ready. He was going to attempt to order himself lunch for the first time since starting his speech therapy.

They approached the counter, and were greeted by the friendly cashier asking for their order. Bob stared at the menu for a few seconds before leaning in and speaking. “I’d like a hamburger and … uh … uh … and … flaxwood ways.”

Even with this mistake, this was a milestone moment for Bob, one that had been a long time coming. Bob had suffered a left acute stroke, and developed aphasia as a result. Aphasia is a condition in which an individual has difficulty expressing their thoughts and understanding of what has been said. They may experience trouble understanding, speaking, reading, and writing. Intelligence does not wane, but the ability to communicate is reduced. Bob’s hours of speech therapy helped him regain enough of his communication skills to be able to order his own lunch with only mild difficulty.

According to the National Aphasia Association, there are 1 million people living with aphasia in the United States today. For Bob and so many like him, speech therapy is the proper form of treatment to help them reacquire their ability to speak with and understand others.

Aphasia is caused by injury to the brain, most commonly due to a stroke, which hinders blood flow to the brain. It is usually the left side of the brain that is affected, which for most people is where their language centers reside. In addition to issues with communication, those affected by aphasia may also experience weakness on one side of the body and/or changes in sensation and vision. They may also experience fatigue and difficulty inhibiting their emotions or use of profanity.

Most patients who suffer from aphasia do improve over time and regain much of their ability to communicate. At Vegas Voice Institute, our speech-language pathologists provide a variety of treatments that help restore the ability to process language in order to improve participation in social settings. We offer a comprehensive aphasia program that allows patients just like Bob to spend time practicing these things in order to be able to communicate effectively in their environments once more.

Review Us on Google